Whenever kids were mean to me at school, my saintly mother always told me to ignore their callous comments and walk away with my head held high. But when the same thing happens to you as a marketer, ignoring the flack you’re getting is certainly not an option. Sorry, mom, but your Gandhigiri doesn’t work here!

In a world like ours, where everyone is connected to everyone, even a single negative comment, tweet, or post can set your brand on fire. And if you know what’s good for your reputation, you’ll try and put out the embers before you have a full-blown jungle fire on your hands. Of course, you hope it never happens to you but if it does, what’s your game plan? Yeah, praying is great, but that’s not going to help turn your PR crisis into a PR win. Could anyone?

Yep, these marketing marvels can, and they did. They took on the worst of the PR shit storm, turned the tide in their favour and somehow emerged stronger than before. How? How did they do it? With some sharp thinking and no small amount of ingenuity. Time to take notes, people, and learn from the best.

One fine night, Mr Alex Bowen walked into Waffle House to satiate those late night munchies. Much to his surprise, the employees at this American food chain (which is supposed to be open 24/7) were snoring away to glory. So, naturally, Bowen took matters into his own hands and hopped behind the counter to make his meal. And he decided to post about his newfound position as a chef on Facebook in a series of interesting selfies.

First, the posts went viral, and then came the trolls. Photos of sleeping employees and a customer having to work for his meal did not go down well with them at all. But, Waffle House kept a good head on their shoulders through this social media crisis. Instead of issuing a public apology or firing the sleeping employees, they acknowledged the faux pas and apologized to Bowen. They issued a statement saying that, “Obviously he [Bowen] has some cooking skills, and we’d like to talk to him about a job opportunity since we may have something for him.”  They even promised to “do the cooking the next time” Bowen dropped by.

The response went viral and customers, knowing to give praise where it was due, really appreciated Waffle House’s wit and quick thinking. There weren’t too many ways in which you could spin such negativity to your advantage, but Waffle House seems to have done the impossible in this case. 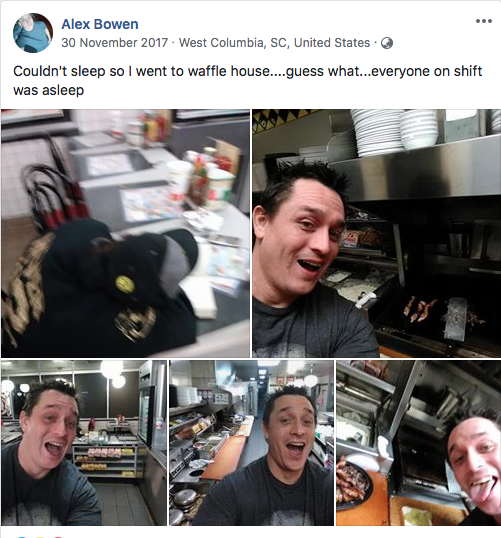 Learning: Making fun of yourself in the light of a PR disaster can be a great way to ‘own’ a mistake. Besides, most consumers just want to be heard and understood. Trying to argue with them will only worsen the situation and anger them more. So, accept your mistakes, make your audience smile in the process, and move on!

Back in June 2015, Nestle’s golden goose Maggie suffered a massive setback when above-acceptable MSG levels were discovered in the 2-min noodles. Following this, as per the Government’s decision, Maggi was pulled from the counters of every store, supermarket, and grocery shops in the country, much to the heartbreak of millions.

After the tear-filled fiasco and Maggi ban, Nestle decided to harp on nostalgia and added emotional value to the product while re-launching the brand. The first print advertisement that accompanied the announcement of the re-launch read — “Your Maggi is safe, has always been.”  Nestle even made a deal with Snapdeal to be the sole provider of Maggie until the official launch, which allowed them to hike the price.

Learning: Repeat after me  – ‘Customers maketh brand’. And a brand can’t connect with people while speaking like it’s at a press conference. Use emotions to forge real connections with your audience and turn them from buying customers to brand advocates.

Once upon a time, KFC ran out of chicken in 800 of its 900 locations in the UK due to problems with a new delivery contract. You can imagine how that would have gone down – for a company to run out of the one thing that they sell. How ironic! As expected, trolls had a field day and people turned to Twitter to blast the brand.

Regardless of how or why the situation occurred, KFC handled it gracefully. Instead of badmouthing DHL and throwing them under the bus, they took responsibility for their mistake by printing a full-page ad in the London Evening Standard. The apology was crisp, simple, and to-the-point: an empty chicken bucket and the letters FCK with an apology letter to its customers. Nicely done, Colonel!

Learning: Accepting the mistake, in this case, blunder, instead of playing the blame game is a gutsy but respect worthy move. It becomes less about the crisis and more about the brand.

One fine Christmas in 2015, Reese’s decided to make a fun and festive addition to their sugary treats –  ‘Reese’s Christmas Tree’. Sadly, the trees looked less like trees and more like reindeer droppings. And what happens when your company’s holiday product doesn’t quite meet consumer expectations? It’s time for a merry crisis (pun intended)! With all the Christmas spirit that the audience could muster, they went after Reese’s for their deplorably designed munchies, calling them ‘Reese’s Christmas Turds’!

With consumer outrage about the turd-shaped trees reaching a fever pitch on social media, the brand took a unique approach by taking on its critics with a series of posts. In response to the backlash, Resse came up with a brilliant campaign: #AllTreesAreBeautiful that talked about “tree shaming” and how it was not the right thing. The campaign got great reviews and got them great press and shares. 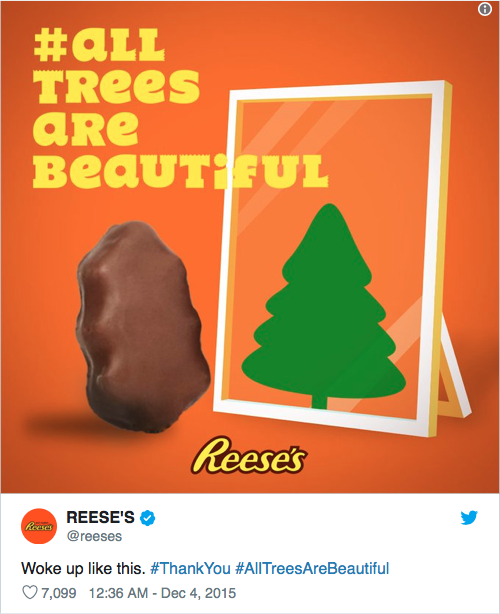 Learning: Jumping into the conversation and engaging with your critics can come out in your favour. So instead of giving a cold shoulder or patronizing the consumer, try taking the high and humorous road.

A brand crisis is scary. And when one does land up at your doorstep (always uninvited!), it’s hard to figure out what to do. But if you come prepared for the battle, your bad PR might just turn out to be an opportunity in disguise. And as our beloved brands taught us, an upfront, humour-filled acknowledgement and a genuine apology can change the tide of any crisis. Because, after all,  it’s less about the catastrophe and more about how you deal with it. If it’s anything that these brands have taught us, it’s that attitude matters. And the right kind of attitude can take “Oh!” to “Whoa!” in the face of a disaster.